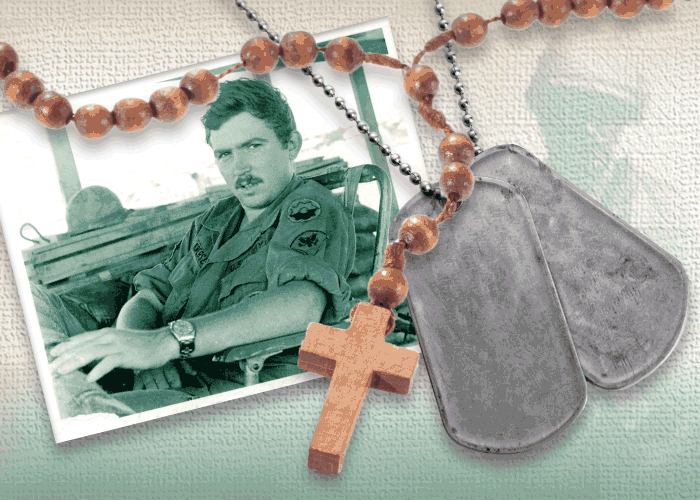 Fred Krebsbach will be signing his book Okay Okay, a memoir of his experiences in the Vietnam War, in Green Valley, Arizona, on February 6.

Not in Arizona? Buy the book now at our bookstore.

“Fred’s story is a lot like what we’ve seen in ‘Platoon’ and ‘The Deer Hunter,’ except this wasn’t a Hollywood movie. It was a guy — a kid, really — from small-town Iowa who woke up one day to find himself killing people in a country he couldn’t point out on a map,” said Dan Shearer of the Green Valley News and Sun. The rest of the review can be read here.

Equal parts harrowing and contemplative, Krebsbach’s memoir offers a unique perspective on the terrible chapter of history that was the Vietnam War. Now living outside of Rochester, Minnesota, Krebsbach is retired from IBM, and was involved in construction, real estate and farming.

Before leaving for Vietnam, twenty-one-year-old Krebsbach received a piece of advice from his uncle: carry something with you into combat that will give you comfort in a time of need. Krebsbach figured it was worth a shot and chose his First Communion rosary. This turned out to be a life-changing, maybe even life-saving, decision. Sent into combat as an M-60 machine gunner, for almost seven months Krebsbach faced danger from booby traps, enemy combatants and the jungle itself.

After becoming injured and returning from the hospital he gave up the M-60 to become a squad leader for Special Forces. He endured seven more months of constant change and surprise, but one companion was constant―a voice inside his head that helped him find the right course of action to keep him alive. To this day Krebsbach doesn’t know what that voice was exactly, but it may have had something to do with that dang rosary!