Living the Life of a Miracle 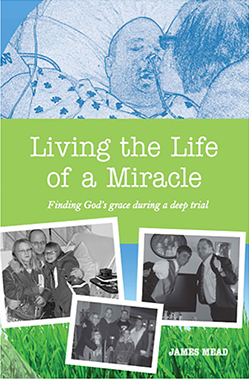 In everyday conversation, we hear the word “miracle” used very loosely. It was a miracle when the New York Giants won the Super Bowl in 2008 and when the Texas Rangers beat the New York Yankees in the American League Championship of 2010. In the 1980 Winter Olympics, the U.S. hockey team beat the Soviets in what has since become known as the “Miracle on Ice.” On December 8, 2008, James Mead, senior pastor of the New Covenant Church in Knoxville, Iowa, experienced a massive stroke that caused his surgeon to give him a zero percent chance of a meaningful recovery. This is his story of faith and healing—a bona fide miracle from God.