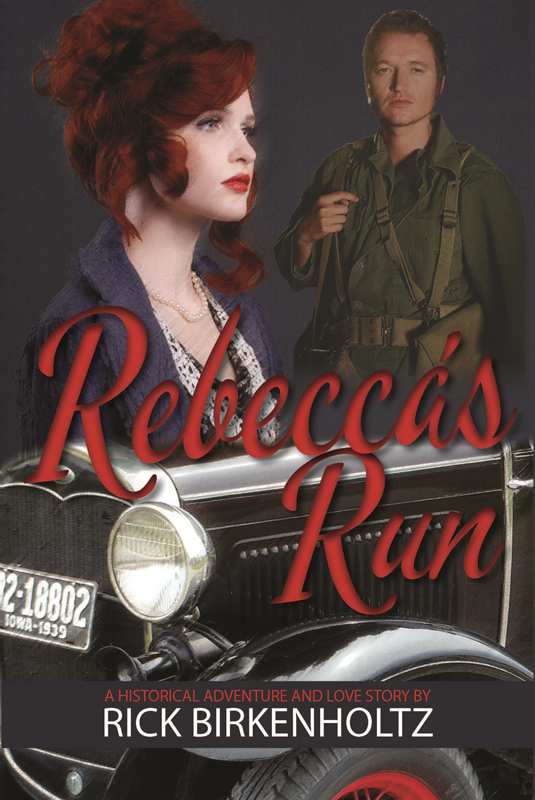 It’s 1939 and Europe is at war. Rural Iowa may seem far removed from the danger, but Rebecca VanderVelden will soon learn that is not the case.

Rebecca and her father operate a small, struggling trucking company in Iowa City. Due to the recent death of her mother, Rebecca has assumed added responsibilities of the business, the household, and eight-year-old Andrew. She has little time for men—until Erick McBranden rolls into town and is hired as a truck driver. Erick has a tragic past of his own, but their attraction to each other is undeniable.

Just as Rebecca and Erick are getting to know one another, Erick is unfairly fired by her father. The next day two men with German accents show up at the door with a mysterious crate they need shipped immediately to Des Moines. With no other drivers available, Rebecca reluctantly gets behind the wheel of their oldest truck to make the run. As the adventure unfolds, Rebecca and her father begin to realize the men’s intentions and the shipment are far from innocent—and that they may in fact be Nazi spies!

In spite of being fired, Erick comes to Rebecca’s rescue when he finds her and her stalled truck along the road. The pair makes a run together across Iowa that includes mechanical breakdowns, destination changes, near-death road experiences, good Samaritans, Madison County covered bridges, secrets revealed, car chases, a gun fight, Dutch letters, and much more.