From basement to business 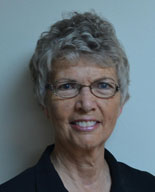 The year was 1995: the first Toy Story opened in theaters, eBay went live, and Newt Gingrich was Time’s Man of the Year. That same year, Carol Van Klompenburg founded the Write Place as a one-person writing shop in Pella, Iowa. Fast forward to 2015 and the Write Place is celebrating its 20-year anniversary, having expanded its services to include graphic design, branding, online content marketing, websites, book publishing and more.

Carol, who by her own description has the heart of an entrepreneur, remembers those early years as being a lot of fun. “It began with a phone call. I was teaching writing and English to freshmen at Central College in Pella, and I got the call from a board member of Pella Regional Health Center, which was then Pella Community Hospital. She said they needed someone to do some writing for them, and asked if I’d consider it. I said sure!” She began writing part-time for the hospital, in addition to teaching, until she got a call from Pella Corporation asking if she would do writing for the Pella Window, the company’s in-house newsletter at the time. “I said sure again, and I speculated there was a writing need in the business and social services community that could be met,” said Carol. “So in 1995 I gave the business a name and officially launched it.” 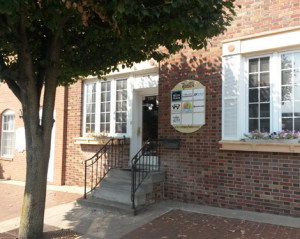 From an office in the basement of her home, Carol worked at first by herself and then added additional help as the business grew. While Carol’s expertise was writing, she saw the advantages of being able to offer graphics and layout services as well. Carol herself was able to create basic layouts using desktop publishing programs for the hospital newsletter. “I found I could make it look more interesting than a simple typewritten page,” said Carol. “Then in 2005, when Lexie [Thomas, Write Place manager] joined the company, she brought more sophisticated graphic design skills, and we were really ready to branch into both areas.”

It turned out Carol was right about there being an unmet need in the community for both writing and graphic design—the business continued to grow. “I did very little advertising,” Carol remembered. “The need was there, and so it grew by word of mouth in those early years. It still is about customer recommendation, really. A high percentage of business comes to us by referral or by expanding our services within an organization.” 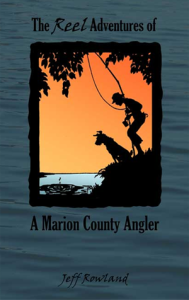 The Reel Adventures of a Marion County Angler, the first book published by the Write Place’s book publishing division

While writing and graphic design services continued to be the Write Place’s bread and butter, over the years the business experimented with other services, such as transferring videotapes to CDs and DVDs. That service fell by the wayside, but some ideas stuck—most notably book publishing. The book publishing division of the Write Place was founded in 2007, when an author called Carol and asked if she could help him get a book into print.

“I said I’ll try, and began researching how to help him,” said Carol. She had published some books herself in the 1970s and 80s, but by 2007 she found the publishing landscape completely changed. “Print-on-demand technology was new, but it gave us the ability to offer low-cost printing and distribution.” Since then, the Write Place has helped authors publish over 50 books.

As the Write Place became a business that offered a wide range of services to diverse clients, Carol had to wear a lot of hats: “I enjoyed the multidimensional aspect, because I talked to every customer. When you run a small business, you’re in sales, you’re the bookkeeper, you’re in public relations, you’re the writer, you’re the graphic artist, and I liked the variety of it. When we were large enough to hire a professional, bookkeeper, it was a great relief to me—bookkeeping was not my strong suit!” 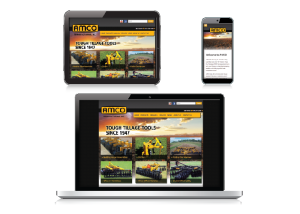 More than 15 website projects have been completed by the team in the last three years, including this site for AMCO Manufacturing

Carol handed over management of the Write Place to Lexie Thomas in 2008 and retired from an active role in the business a couple of years thereafter. Today, the Write Place has a staff of two in Pella and two in Lakeville, Minnesota. Newsletters are still a core product for the business, but now about half the company’s regular newsletters are produced as e-newsletters. More than 15 website projects have been completed by the team in the last three years. Print and e-book publishing thrive under the coordination of Hannah Crawford, who has been with the Write Place since 2010.

“Obviously one thing that’s changed is that paper was much more important in 1995. Now with online marketing and social media, there’s been a real shift,” said Carol. “But the core need is still there. Businesses need someone to help them communicate, and in print or online, that starts with professional writing and clearly structured messages. That’s where we come in.

“From my perspective, this team continues in the spirit that the Write Place started: filling unmet needs for clients, responding with new services as needs develop.”