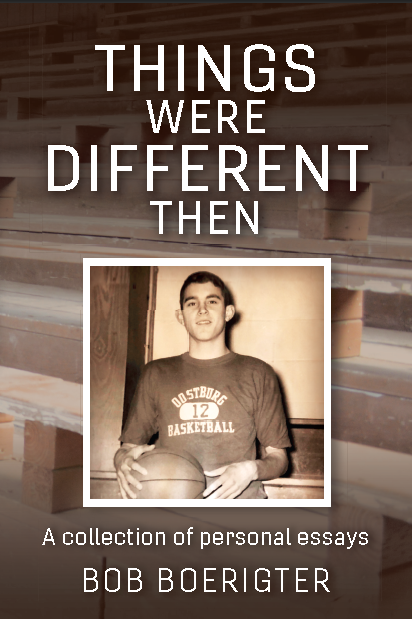 Just in time for the holidays, Dr. Bob Boerigter—retired commissioner of the Mid-America Intercollegiate Athletics Association (MIAA), an NCAA Division II conference—has published a collection of personal essays titled Things Were Different Then.

Honest and reflective, Boerigter’s stories—originally written for his sons and grandchildren—recount moments both big and small in his personal and professional life. Readers will be taken back to his first solo bus ride at age five, his memories of life as a preacher’s kid, his final conversations with his parents, and his decades as a coach and athletics administrator.

“Everyone has a life story,” said Boerigter. “Writing Things Were Different Then allowed me to reflect on some of my most significant memories. I hope people will enjoy reading about them as much as I enjoyed living them.”

Bob Boerigter spent a distinguished professional career in education and athletics administration. He served for 45 years as a collegiate teacher/professor and coach. He was an athletics director at five different colleges and universities, and his last professional stop was as commissioner of the MIAA. His impressive resume lists a number of professional recognitions, including NAIA National Athletics Administrator of the Year, a lifetime achievement award presented by the NCAA Division II Athletics Directors Association, and the prestigious Award of Merit from the NCAA Division II Conference Commissioners Association. He was honored in 2017 as Kansas City’s Sports Executive of the Year. Things Were Different Then was published through the Write Place, and it is available for purchase from Amazon and BarnesandNoble.com.