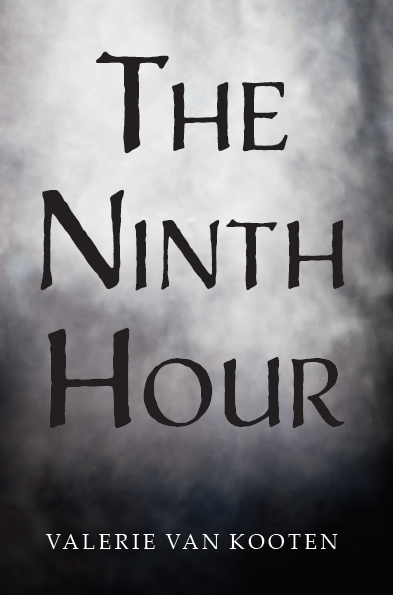 Peter, Mary Magdalene, Lazarus, Pontius Pilate—the life of Jesus Christ was peopled by fascinating men and women whose stories have long inspired writers and artists. But what about those quiet figures, the men and women who were part of the Gospels, but whose names and stories aren’t fully known? Have you ever wondered about the bride at the marriage at Cana? What about the servant girl who spoke to Peter, or the Roman centurion who witnessed the crucifixion?

This summer, readers can meet them in The Ninth Hour by Pella author Valerie Van Kooten. In this enthralling novel, Van Kooten has given names to eight peripheral characters of the Gospels, delving into the fabric of their lives and how they are changed by Jesus’ ministry.

“I have always been interested in the characters who are barely mentioned in the Scriptures,” said Van Kooten. “They were there, a part of the story and the fabric of Jesus’ life, even though the Gospel writers don’t spend much time on them.”

The novel is nearly 15 years in the making, with roots in a readers’ theater Van Kooten penned for a junior high Sunday school class she was teaching.

“We were asked to present something for Palm Sunday. I knew the kids wouldn’t be interested in a skit or a song, but I thought they’d go for readers’ theater,” the author explained. “I looked everywhere but couldn’t find anything, so I wrote a script about the people along the path of Jesus’ parade into Jerusalem. Many of the characters in The Ninth Hour made their first appearance at that service, in one shape or form.”

Van Kooten then dedicated herself to researching and writing. She completed the first part of the novel in a matter of months, but it took years to develop the epilogue in which her characters’ stories weave together. Her three sons were a major source of encouragement—and a little nagging—as she strove to finish the book.

“I hope readers will come away from The Ninth Hour looking at Scripture with a more careful eye,” Van Kooten concluded. “Who is mentioned, and more importantly, who is not? Why not? What might those behind-the-scenes people have been thinking? What were their lives like? Reading the Bible in this way can lead to a richer picture of Jesus’ life and message.”

The Ninth Hour was published through the Write Place. It is available at Pella Books in Pella, the Book Vault in Oskaloosa, Pageturners Bookstore in Indianola, and Beaverdale Books in Des Moines. It is also available for purchase online from Amazon and BarnesandNoble.com.

Valerie Van Kooten is a writer, journalist, and college writing teacher. She and her husband live in Pella. The Ninth Hour is her first novel. She is currently working on a young adult novel in which an Iowa teen travels back in time and encounters the Sac and Fox Tribes.